You needn’t be passionate about art to appreciate the historical, artistic and architectural value contained in the Bergamo area and province. Our tour begins in the lower city, then moves to the upper city and finally extends to the historic villages of the province. 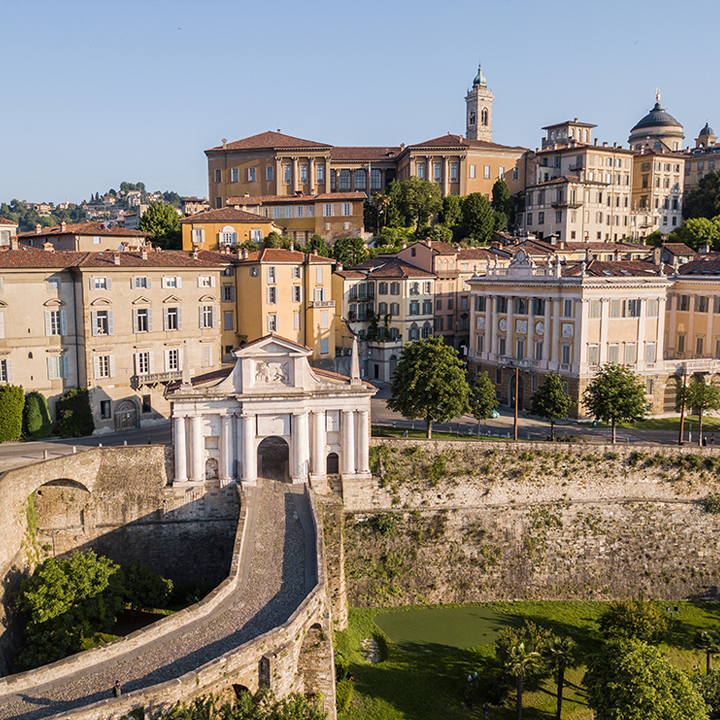 UPPERBERGAMO: THE SIGHTS TO SEE

Taking the famous funicular, you can reach the upper part of the city in just minutes, travelling suspended over the Venetian walls and enjoying a wonderful panorama.
If it is a sunny day, we suggest a different and original solution for lunch. In fact, Vineria Cozzi prepares delicious picnic baskets to order with delectable treats you can enjoy on the green lawns of the Venetian walls, so beautiful as to be named a UNESCO World Heritage Site.

If the weather isn’t agreeable, you can lunch at the Vineria which offers a tempting menu and a wine-cellar with over 300 labels.
Once you have taken refreshment, you can stroll through the narrow streets imbued with a magical atmosphere, where every view seems to reveal a romantic story. In beautiful Piazza Vecchia, with its white marble fountain, you will find the Civic Tower, also known as the Campanone (Big Bell Tower), accessible on foot and offering a truly breathtaking view over the entire city of lower Bergamo.
Do not miss Piazza del Duomo, onto which looks the Basilica of Santa Maria Maggiore, an austere Romanesque-Lombard building that houses magnificent Baroque decorations, the Cathedral dedicated to Saint Alexander, patron of the city, the Colleoni Chapel and the Baptistery.

Before ending your tour of Upper Bergamo, we recommend a short stop to admire the Sociale Theatre, designed by architect Leopoldo Pollack, an elegant and inviting setting featuring finely decorated wooden theatre boxes and fascinating interwoven beams for a ceiling. This theatre, like the Donizetti, can also be visited internally upon reservation on days when there are no events.

LOWERBERGAMO: THE SIGHTS TO SEE

The city of Bergamo is an artistic and cultural gem nestled in the heart of the Lombardy region. Many areas of the city can only be reached on foot, and for this reason we recommend that you leave your car in the car park in Piazza Libertà, from which you can easily reach all the main sights of interest.
You can admire one of the world’s top collections of Renaissance art at the Carrara Academy, with sculptures and almost two thousand paintings on display in its 28 rooms, by Italian and foreign artists, including the illustrious names of Titian, Raphael, Tiepolo, Mantegna, Botticelli, and many others.

Once you have left the Academy you can enjoy a stroll along what is known as Sentierone, the heart of the lower city’s social life, and stop at the Balzer pastry shop and café, a historic business, where you can enjoy a good coffee and a pastry. You won’t regret it!
Just steps away you will find the theatre named after the famous composer Donizetti which, inaugurated in 1897, today hosts a renowned opera and ballet season, but a very popular dramatic season as well. 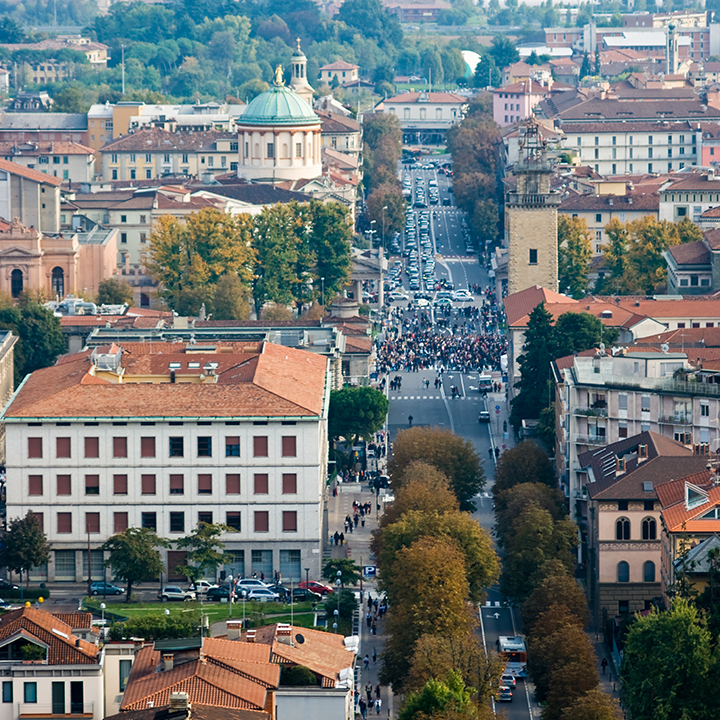 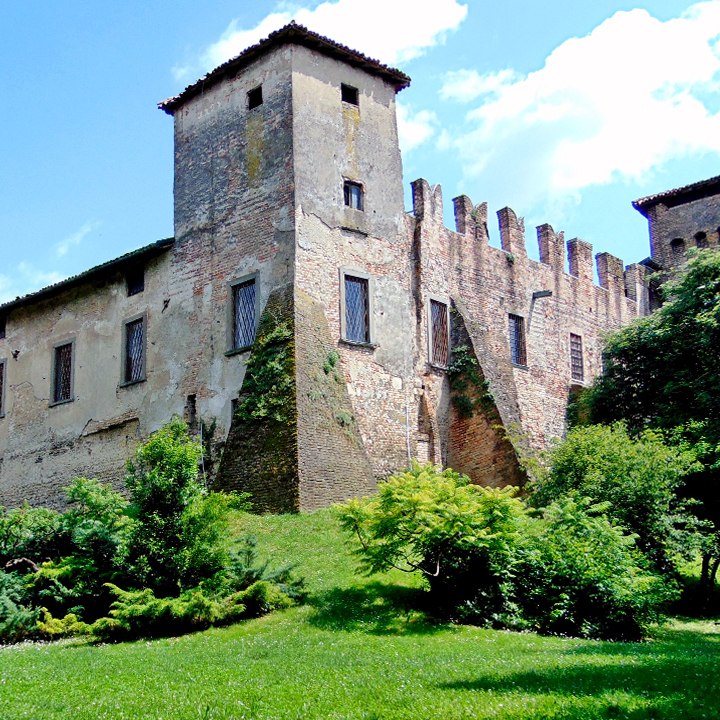 Of the closest historical villages we recommend Romano di Lombardia, a Roman village that over the centuries was home to several of the most prominent families, including the Sommi, the Colleoni and the Suardo. Strolling in the centre you will find Palazzo della Ragione which connects with the Misericordia porticoes, built at the behest of Bartolomeo Colleoni.

Admiring it you will notice traces left by the different rules that followed over the centuries.
Do not miss the Rocca Viscontea (stronghold): the large and deep moat that surrounded it, filled in at the beginning of the 1800s, and the four corner towers connected by the castle wall-walk, reveal the defensive and military function for which this architectural complex was created, which was to be used as a dwelling only later, as ordered by the Venetian podestàs. Over the centuries, the Rocca underwent various transformations including that which took place at the hands of the lords of Milan from which the name Viscontea is derived.

Another historic settlement is Martinengo, an ancient village founded by the Lombards, which peaked in the medieval era when it was transformed into a fortified village by Colleoni.
There are several interesting sights in the historic centre with its arcades of fifteenth-century origin, testimony to the village’s trade vocation: the Castle constructed in the fifth century, the Church of Sant’Agata built in the Lombard era, which now has a Neoclassical marble facade due to subsequent modifications; the Town Hall where you can admire traces of frescoes dating back to different periods and the Clock Tower which, built in the fifteenth century, served to calculate the hours that separated sunrise from sunset. 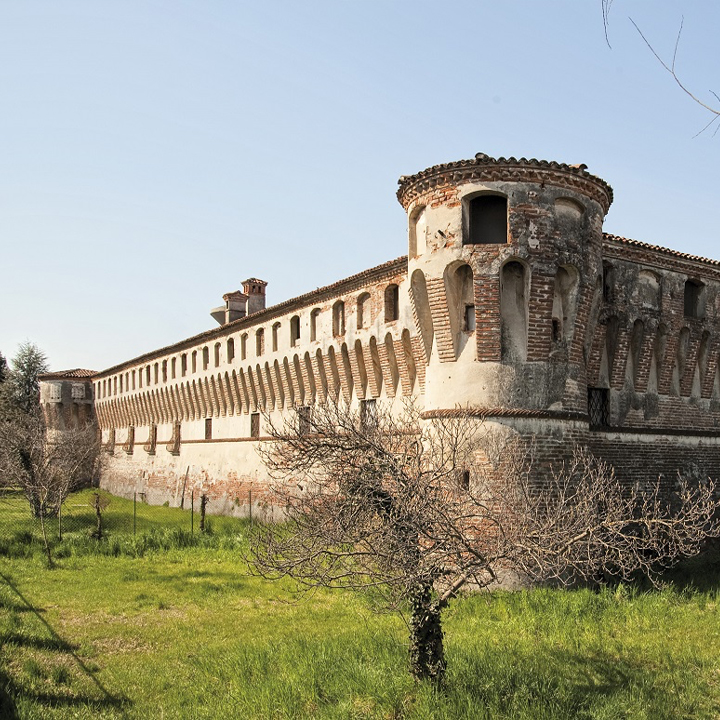 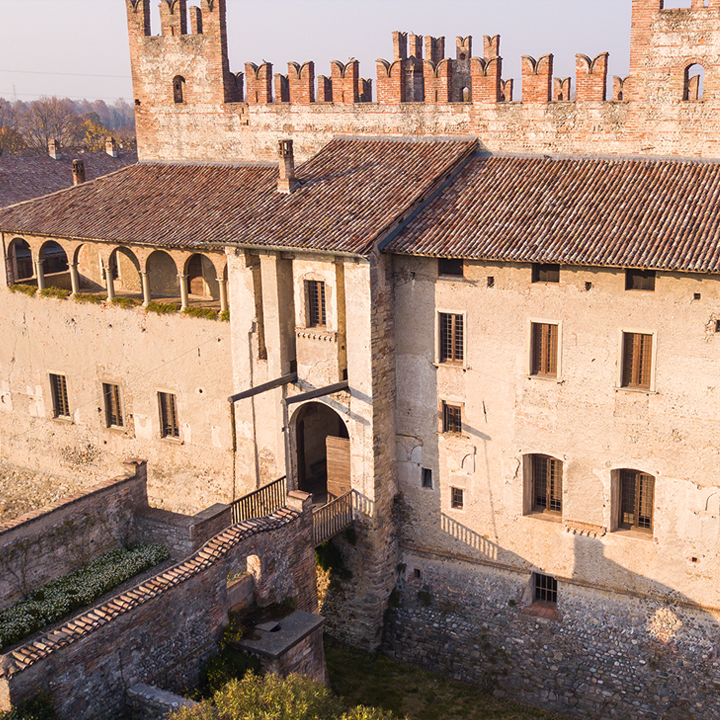 You can visit the Malpaga Castle in the municipality of Cavernago, open most months of the year from 2 pm. You can visit it on your own or with the aid of a guide if you prefer.
This imposing building, fortified at the behest of Bartolomeo Colleoni, captain general of all the militias of the Republic of Venice, consists of rooms and large halls frescoed thanks to the patronage of the condottiero, who followed the trend of the era intended to flaunt one’s prestige. The frescoes, many of which are still well preserved, depicting battle, hunting and court life scenes, are attributed to several masters of the period, including Romanino.
The Cavernago Castle is also not to be missed. It consists of a construction dating back to 1243, which can be visited only externally, and contrary to the previous ones, was not built for defensive but residential purposes.

Write us for detailed information on a stay
and book your discovery trip of Bergamo and its surrounding areas.